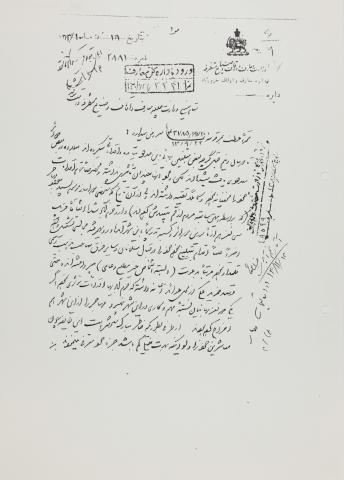 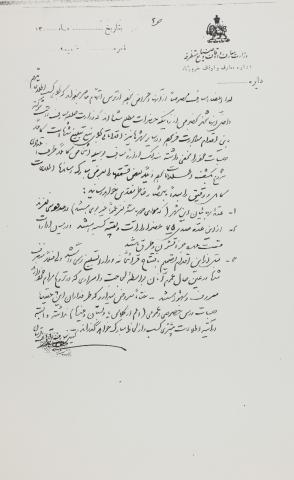 Office of Education and Endowments of Khorramabad

The honourable Minister of Education, Endowments and Fine Arts, long live his dominion:

Up until two-and-a-half years ago, although some Baha’i missionaries would come on trips to actively promote their beliefs, and some of them worked locally in various departments [as government employees], they did not have much influence on the people, especially since their activities were carried out in secret without their revealing their religion. However, since a pharmacist by the name of Seyyed Javad Mohajer (exiled from Qom for the above-mentioned activities) arrived in Khorramabad, and around the same time about thirty Baha’i government employees, businessmen and tradesmen also gradually arrived in the city, they are openly having their meetings and considering themselves as having the same rights as Muslims and other official sects and religions. They [have] constantly invited people (of course, among the uninformed and the laymen) [to their gatherings]. They [have] even intended to buy property from donations, but the people of Khorramabad have taken effective measures; if there were not a couple of less skillful and less important Baha’is in this city, people would have banished Mohajer from here too.

As you are aware, this group [Baha’is] considers anyone who associates with them, even though for a short period of time, as one of their own. Therefore the employees of the Ministry of Education, for fear of any sort of accusations, avoid interacting with them, and are not willing to mingle with them to collect [first-hand] information. Since they [the Baha’is] have learned that the education ministry has taken actions—and in other cities, activities to stop their propagations have taken place—they hold their meetings in secret. However, the education department has started discovering new information through the trusted agents. Some new information is offered below; a complete and diligently prepared report will be sent later:

In closing, you are respectfully informed that the adherents of this ideology do not have any private or public lessons (classes, primary school, etc.).  In the future, upon acquiring more information, we will inform your blessed person.

Deputy of the Provincial Education and Endowments