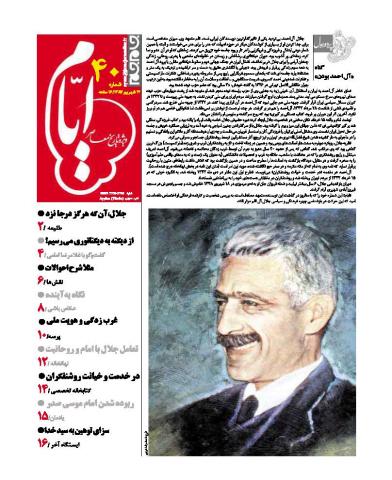 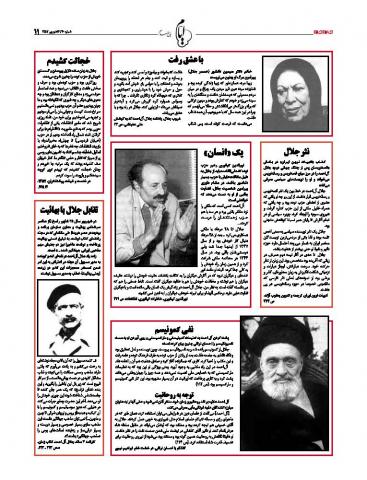 Confrontation of Jalal [Al-e-Ahmad] and Bahaism

In Shahrivar of 1375 [September of 1996], Shapour Rasekh, one of the well-known elements of Bahaism and the deputy general of the National Budget and Treasury [of Iran], during the time of Hoveyda, advertised Bahaism in an article which was published in the magazine “Rahnamaye Ketab”. He wrote, “Recently, two important religious movements in Iran have become world-renowned…”

The late Jalal Al-e-Ahmad objected in a harsh and sharp letter to the chief editor of the magazine and while making fun of the miracles of this precious “two-yolk egg” (meaning Bahaism) wrote:

“I am bringing up the word “responsible”, which you have placed on the top of your magazine, and remind you that when they are pounding the official religion of the country, and most of the key positions are held by the Baha’is, it is embarrassing for you to support these invalids. And this poor creature “Rasekh”—who has [exerted] himself his entire life to be known as a sociologist—in this way exposes his true identity.

How dare he, in a world where, still, Socialism and Communism, with all their glories (from Russia and Eastern Europe to China and other places…) cannot be considered as a world religion, [call] this made-up, private and progressive religion that is the destroyer of traditional values, a “World Religion” ?