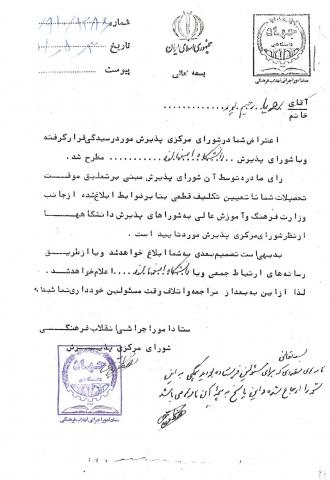 Office of Executive Affairs of the Educational Revolution

[Handwritten note at the bottom of the letter]

You have sent numerous letters to the authorities, all of which have been referred to this Council, and this is the answer to all your letters.