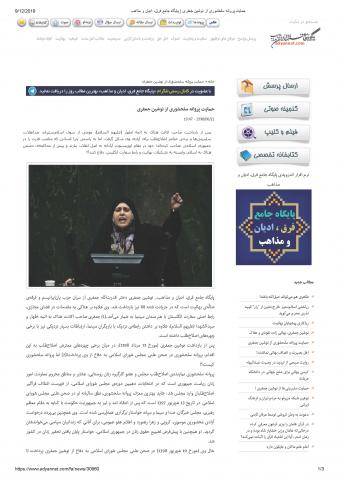 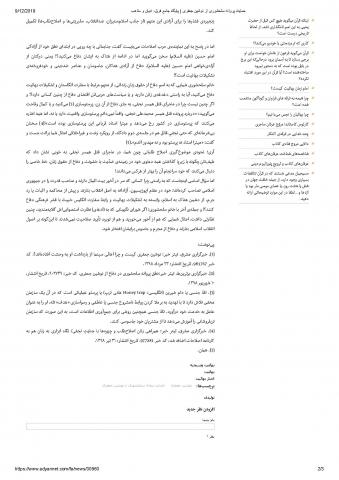 The Support of Parvaneh Salahshoori For Noushin Jafari

After the arrest of the owner of the account for insulting the Imams, a wave of anti-Islamists, counter-revolutionaries, celebrities and some reformist elements formed for his release. But really, why do those who have occupied seats of power in the Islamic Republic themselves act as opposition, even before the trial, [and] freely attack the principle of the Revolution and defend the insulting enemy of Islam, who is affiliated with the Baha’i sect’s organization and [is a] liaison of the British embassy?!

Adyannet – Noushin Jafari is the daughter of Ghodratollah Jafari, one of the leaders of the Pan-Iranian Party and the perverse Baha’i sect, who was also arrested during the 1388 [2009] sedition. In addition to insulting the sacred Imams and Seyyed al-Shohada [Imam Hussein] (PBUH) in cyberspace, she was the main liaison of the British embassy with film artists [1] who also had close relationships with some reformist figures. ...

But in response to this representative of the Reform Party, it should be said, “Your Excellency, how do you speak about the freedom of Imam Hussein (PBUH) at the beginning of your speech, and then continue to defend the insulter?! In other words, do you understand the freedom-seeking of Imam Hussein (PBUH), by defending the freedom of the insulters, spies and anti-religious elements and the self-promotion of the Baha’i sect’s organizations?!

Mrs. Salahshoori, are you defending the accused in connection with the British embassy and the Baha’i sect’s organization in the name of defending the rights of women prisoners? Are you really concerned about women, or do your party policies require the defence of such people?! ...

But the fundamental question is why those who are being fed from the Islamic Treasury Fund and have taken positions of power in the Islamic Republic, as an opposition, even before the trial of proof or denial of the crime, should freely attack the principle of the revolution and defend the enemy who insults Islam and is affiliated with the Baha’i sect’s organization and the liaison of the evil British embassy with the cultural cover! ...