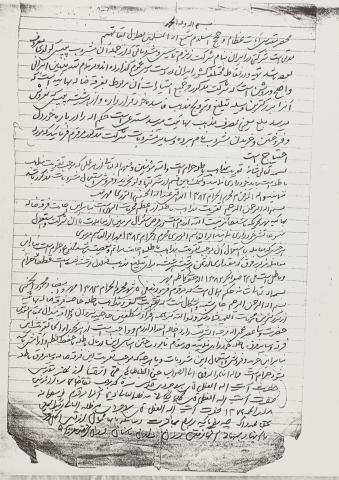 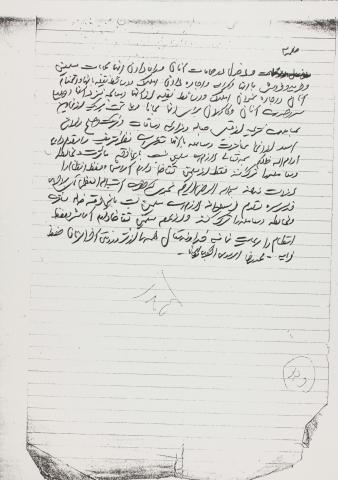 In the Name of God and Praise Him

The Presence of Great Ayatollahs and Hojatoleslams, Muslims will enjoy their long stay.

For some time now, a company in Iran called the Zamzam Company has been established and has prepared beverages, including the famous Pepsi Cola beverage, and made them available to the public in different parts of Iran. It is clear to all religious Iranian people that the company and all its privileges belong to the perverted Baha’i sect, which has made it the greatest means of propagating its corrupt religion. A certain amount of money from the sale of each bottle of Pepsi Cola goes to the Baha’i faith. You are requested to state the ruling of God on eating, selling and buying the above-mentioned beverage and other beverages of Zamzam Company, which is needed.

- In the Name of God; strengthening the false religions is forbidden, and of course, the believers, according to God Almighty, should refrain from any action that strengthens the false religions. Do not help this type of company, even if it is to buy and sell the mentioned drinks. God Bless. 3 Muharram 1382 [6 June 1962] Abdollah Al-Hoseini (Al-Tabrizi), Stamped.

- In the Name of God, the Merciful, the Compassionate; strengthening the false religions is one of the greatest divine prohibitions; therefore, it is not permissible to support the perverted Baha’i sect in any way. Of course, it is necessary for the believers to refrain from dealing with that company and using their textiles. Abol-Ghasem Al-Mousavi, 2 Muharram 1382 [5 June 1962], Stamp: Abol-Ghasem Al-Mousavi.

- Any kind of transaction or consumption that strengthens the false religions and contributes to sin and transgression is forbidden and haram [unlawful from the point of view of Sharia]; therefore, the above-mentioned transaction, in which some of the profit of each glass is allocated for the propagation of the perverted religion, is definitely forbidden and haram. 24 Safar 1382 [27 July 1962], the humble servant [of God] Kazem. Stamp.

-In the Name of God, Almighty; there is no doubt that the strengthening of infidelity and false religions, especially the perverted Baha’i sect, is one of the greatest sins, forbidden by God. Of course, it is necessary and obligatory on all those who are obligated, especially the followers and those who believe in the holy station of Hazrat Vali-e-Asr [Imam of the Time], may God hasten His emergence, .... to refrain from strengthening this sect and other false sects in any way, and to try to destroy the foundation of this vain ideal, while maintaining peace and order; therefore, it is forbidden to buy and sell these beverages or take any action that strengthens this perverted sect or other false sects. [Illegible] Hassan Tabatabaei Qomi.

The following is the fatwa issued by Grand Ayatollah Mr. Borujerdi, which was issued at the request of some of the followers of Grand Ayatollah Golpayegani, may his great shadow be perpetuated:

Grand Ayatollah Mr. Borujerdi, may God grant the Muslims his prolonged shadow, what does Your Honour, Grand Ayatollah Borujerdi, may your widespread shadow extend over all Muslims for the sake of Muhammad and His family, say about the Muslims’ socializing and conducting transactions with the Baha’is in matters such as drinking and eating with them, inviting them and celebrating with them, visiting them [in homes], taking a wife from [marrying] them, entering their baths and/or allowing them to enter the Muslim baths, making business deals with them, leasing their property and vehicles, employing them and lending them our properties and vehicles, seeking medical treatment from them, using their barber shops, working for them―either gratis or under any of the Sharia transactions, such as wage payment―engaging in any kind of cooperative farming and sharing irrigation rights with them, having partnership and trade agreements, and being in peace with them at the time of association and transactions with them? We plead with you to express your honourable opinion in writing, May God extend your shadow.

-In the Name of God; it is necessary for Muslims to leave the association, apposition and dealing with this sect. I just ask the Muslims not to lose their peace and order.

-In the Name of God the Merciful, the Compassionate, As His Holiness Ayatollah Borujerdi, may God sanctify his grave, has written, “It is necessary for Muslims to leave the association, conversation and trading with this perverted sect, and I ask all Muslims to observe calm and maintain order.” May God Almighty protect everyone from the evil and sedition of the end times. Mohammad-Reza Al-Mousavi Al-Golpayegani