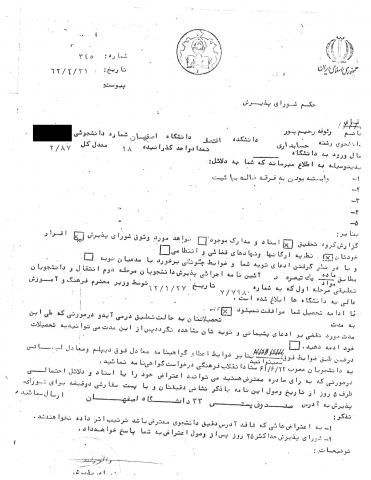 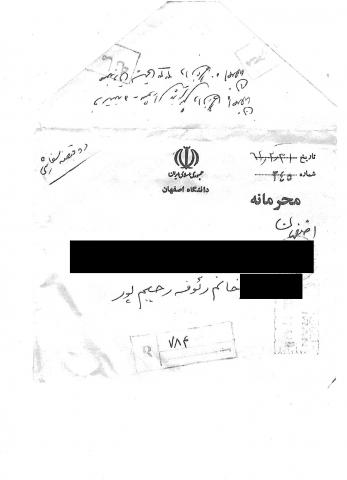 The Decision of the Admission Council

We hereby inform you that for the following reasons:

Affiliation with the perverse Baha’i sect

The report of the Investigative Group and your own confession,

According to Article: 1, Amendment D of the policy for accepting students in the second stage of transfer and suspended students in the first stage, which was passed under number 798 on 7 Farvardin 1362 [27 March 1983] by the esteemed minister of culture and higher education and announced to universities,

We do not agree to allow you to continue your education.

Based on the above regulations for issuing high school diploma equivalency and bachelor’s degree equivalency, passed on 22 Shahrivar 1361[13 September 1982] by the headquarters of the Islamic Cultural Revolution, you cannot ask for a licence.

If you object to this decision, you can submit your objection along with potential documents and reasoning within five days from receipt of this letter and stating your detailed address in two copies through registered mail to the Admissions Council, P.O. Box 33, Isfahan University.