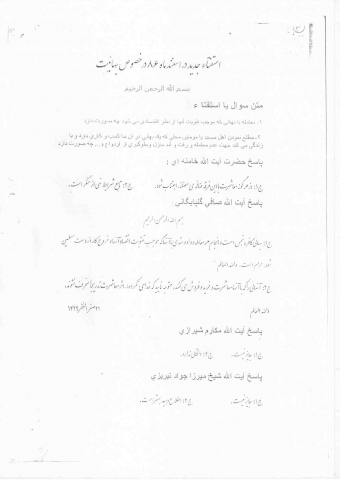 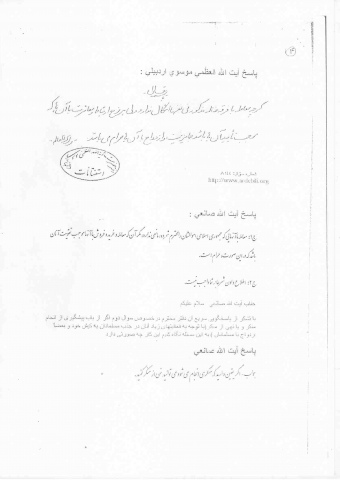 In the Name of God, the Most-Merciful!

1- How is business transaction with Baha’i [sic] which supports them financially [viewed]?

2- How is informing the people at the mosque or the local believers that a Baha’i has a business or is living in that area to prevent business transaction, association, marriage, etc. with him [viewed]?

Answer 1: Avoid any contact with this perverse, misguided sect.

Answer 2: It is subject to the laws of commanding others to do good, and prohibiting them of wrong doing.

In the Name of God, the Most-Merciful

Answer 1: A Baha’i is an infidel and unclean and any business transaction with them that supports them financially and takes work away from Muslims is forbidden. God is the All- Knowing!

Answer 2: Warn those who do transact and associate with them, so that God forbid, they will not be misled through their association.

Answer 2: There is no problem

Answer 2: It is better to inform.

Although there is no problem with business transactions with the above mentioned perverse sect, any kind of association that would be of benefit to them is not allowed and marriage with them is forbidden.

[Seal of the Office of Ayatollah Mousavi Ardebili]

Answer 1: There is no problem with business transactions with those whose property is respected by the Islamic Republic, unless the transaction with them is a cause of their support, which is, in that case, forbidden.

Answer 2: According to the religious law, reporting them is not incumbent upon you.

Thank you for the quick response from your respected Office. In relation to question two, from the point of view of preventing someone from doing something wrong (considering their ever- increasing activities in attracting Muslims to their religion and particularly, marrying Muslims), what should be done?

Answer: If you are sure that something wrong is being done, you can prohibit them of the wrong doing.