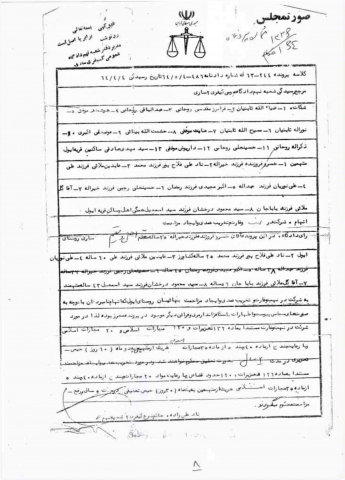 This is a true copy of the original

Chief clerk, Branch 9 of the Public Penal Court of Sari

Administered by: Branch 9 of the Public Penal Court 2 of Sari

Charge: Participation in pillage and intentional destruction [of property] and creating a public nuisance