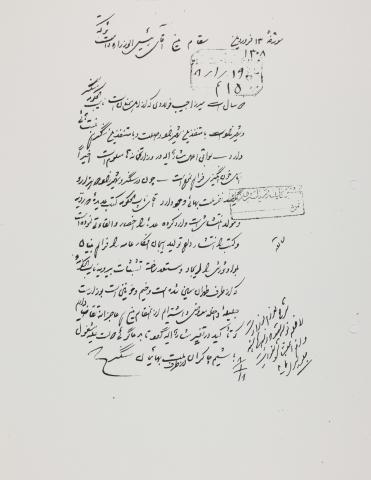 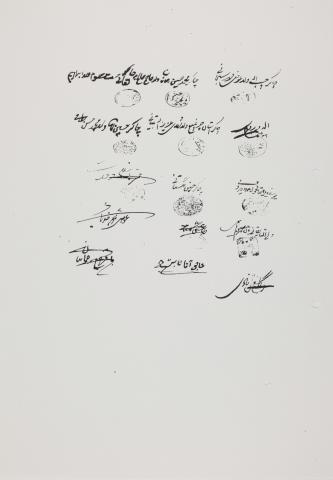 His Excellency Mr. Prime Minister, may his glory be everlasting

It is two years since Mirza Habib Fouladi, who is from Semnan and is the deputy governor of Sangsar and Shahmirzad, married [into] the influential families of Shahmirzad and also established connections with the influential [people] of Sangsar. The history of [his] actions is well-known in the ministries.

Recently, he prepared the grounds for bloodshed.  Since there are 2,100 Baha’is residing in Sangsar and Shahmirzad, [the] deputy governor has imported numerous books that [were] written to reject them and would cause disturbance. He has also summoned some people and has provoked them to publish and distribute these books far and wide, to create excitement and tension amongst the public and lay the foundation for riot and revolt.  These irregular [actions by] the deputy governor, who was appointed by Tehran, are very serious and violent.  We have informed the esteemed Ministry of the Interior.  We hereby humbly request Your Excellency to please re-locate [him], so that we may continue to offer our prayers for the government.

Obedient servants of the nation, on behalf of the Baha’is of Sangsar

[Handwritten note on the margin of the letter]