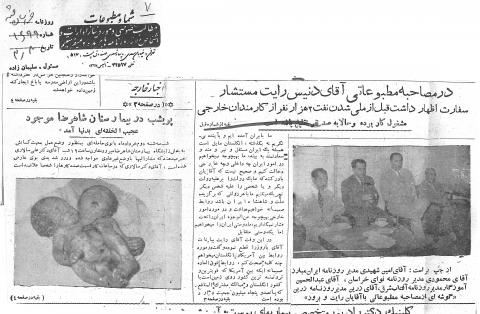 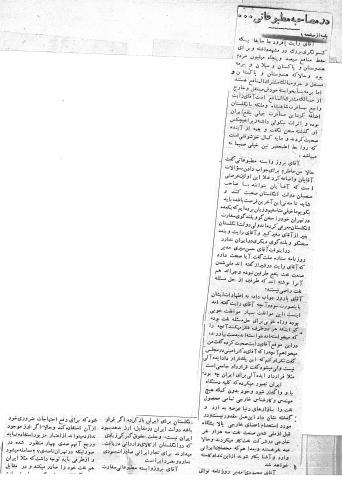 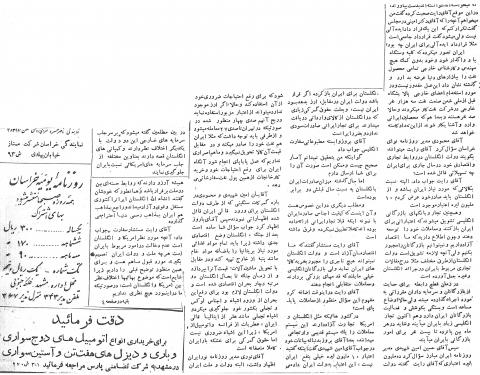 In a press interview, Mr. Dennis Wright, the consular clerk [of the British Embassy], stated that, prior to the nationalization of oil, two thousand foreign employees had been engaged in work, and that has decreased to one hundred individuals.

. . . Mr. Nouri, the chief editor of the Nour-e Iran newspaper, said, “Of course, the people and government of Iran always wish to have a good relationship between the two nations. As Mr. Wright stated, God willing, Britain will recognize Iran as an independent, strong, and free nation, and regarding religions, Iran will respect official world religions.”

Mr. Wright, the consular clerk, responded to Nour-e Iran newspaper’s chief editor that the intent of the United States and Britain was not to interfere in Iran’s affairs. Whatever the people and the government of Iran decide will also be acceptable to them. That is why, [he said, they] gave the previous explanation, because it was rumoured that the issue of the Baha’is reflected a disagreement between the United States and Britain. However, they had no opinion on this matter.

He said, “We have a variety and diversity of religions among the countries that are allied with us, and all of them are free as long as their actions are not contrary to the interests of society.”