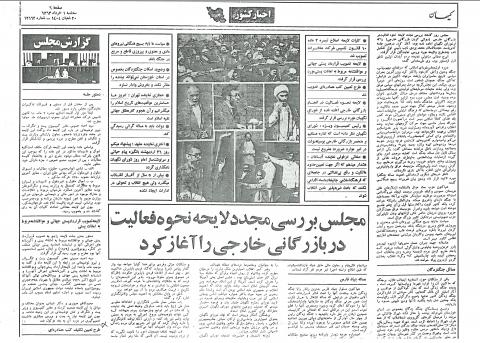 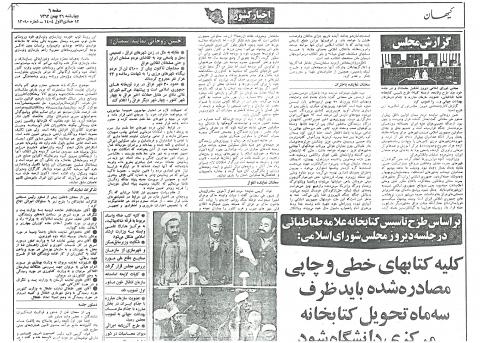 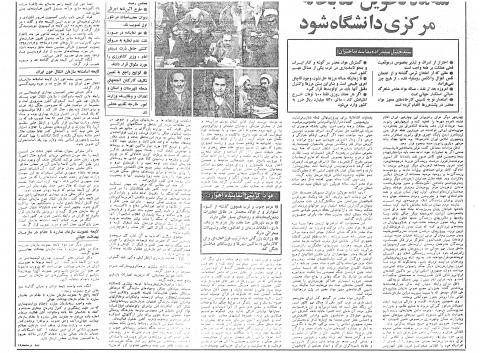 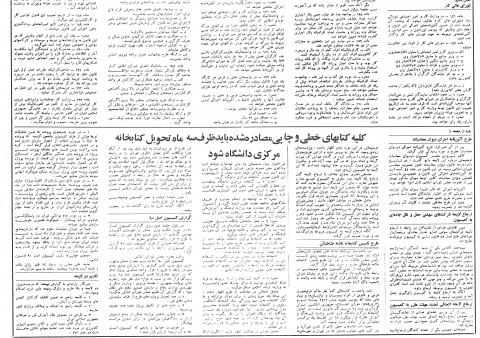 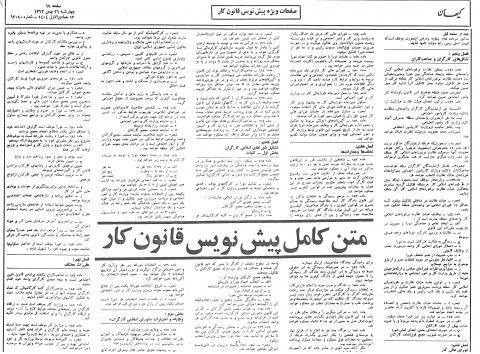 Yesterday, Parliament resumed the revision of the Bill on Foreign Trade Policy (nationalization of foreign trade), which had been restored from the Guardian Council. In the same meeting, which was chaired by Hojjat’ul-Eslam Mohammad Yazdi, the first deputy chairman [of the parliament], several bills and plans were examined by the members of parliament. Iraj Sefati Dezfuli, the representative of the people of Abadan, was the first pre-order speaker. He said in a speech: ...

Plan for Deciding the Fate of the Confiscated Books

Then, the second revision of the plan for deciding the fate of the confiscated books, which had previously been known as Allameh Tabatabai Library and had changed, was raised.

Seyyed Abol-Hassan Haerizadeh, the informant of the special committee, gave some explanations about this plan, and said that the special committee of Allameh Tabatabai Library had held a meeting with the presence of a majority of the members for the plan of the establishment of Allameh Tabatabai Library on 9 Esfand 1362 [28 February 1984] and the plan was approved unanimously with minor changes; it will be submitted to the Islamic Consultative Assembly for the second review...

... Then the Single Article of the Plan and its notes and the modification of Title H and the deletion of the word from Note 5, if necessary, were voted on and approved in this way.

The Single Article - Books that are [obtained] legally, and according to the order of a Shari’a judge, from the individuals, the institutions, the organizations and the foundations...

Note 6 - All the misleading books, and books [confiscated] from the perverse colonial sect of Baha’ism, shall be transferred to the Centre for Scientific Documents, affiliated with the Ministry of Islamic Guidance.

Sadegh Khalkhali, opposing this plan, said, “This issue will cost the government a huge amount of money. We now have important and large libraries such as the Astan-e Quds Razavi Library and the Grand Mosque Library, or the Library of the Islamic Consultative Assembly. You want to re-create a separate space for the Club of Officers, which requires a budget. All of this is extra expenditures and is not in agreement with the budget and situation of our country, and I oppose it.

[Written in bold in the middle of the newspaper page]

According to the plan of establishment of the Allameh Tabatabai Library in yesterday’s session of the Islamic Consultative Assembly, all confiscated manuscripts and printed books must be delivered within three months to the university’s central library.