Media
Denial of employment in the public sector
English
فارسی 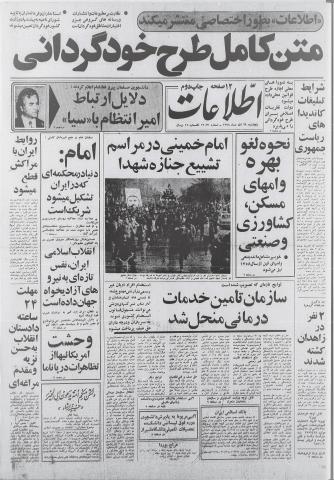 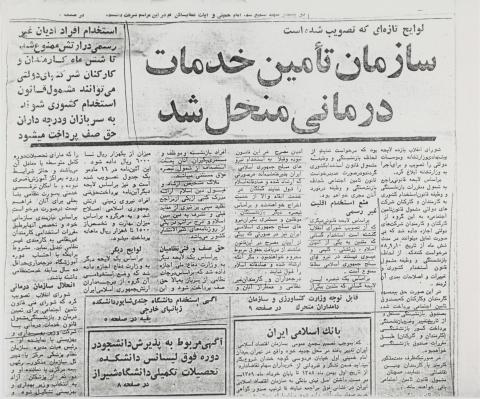 New Bills Have Been Passed

Individuals who follow other than the [officially] recognised religions are banned from employment in the Armed Forces.  Employees and staff of government departments can be covered by the Public Services Employment Act for up to 6 months.  Conscripts and non-commissioned officers will be paid a [basic rate] for being called to serve.

The Revolutionary Council ratified 11 bills proposed by ministries and governmental departments and issued [notification] to ministries for enforcement.…

Bans on employing followers of other than the [officially] recognised religions.

Non-commissioned officers and civilian staff of equivalent rank, retirees and pensioners are exempt from the provisions of the above mentioned addendum owing to [their] vulnerability.

The proof that guidance has been accepted and Islam sincerely embraced, can be provided by written evidence from one of the Religious Authorities, detailing the recanting of previous beliefs and embracing the indisputable religion of Islam. This must be publishing in one of the country’s newspapers that has a wide circulation…