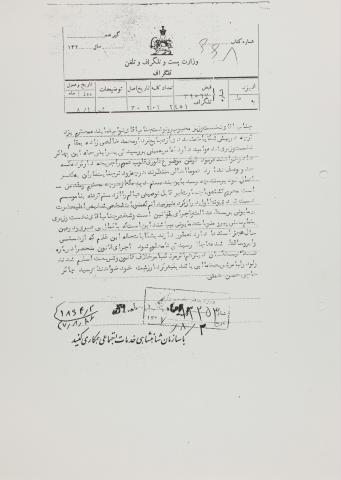 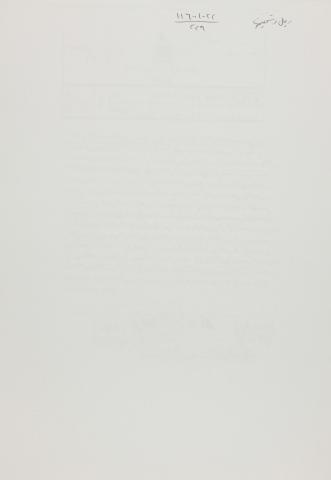 From Yazd [to Tehran]

His Excellency the Prime Minister,

Copy to Mr. Navvab: The Respected Representative of Yazd

I have previously submitted a number of complaints to His Excellency the Prime Minister about the disastrous behaviour of Mohammad Khalesizadeh, and was hoping that you may order investigation into my rightful complaints since this matter has so [saddened] the hearts of all the people that it cannot be described. The majority of the public, not to mention this sorely tested servant—who has been robbed of what is considered honourable and sanctified and [whose wife was taken with indescribable flagrancy] and whose honour and dignity [were assaulted and infringed by outstretched hands]—waits for these criminals to receive punishment for their heinous actions as soon as possible.

Therefore, I humbly and impatiently request you to urgently attend to the rightful complaints of this servant, whose dignity and honour have been [made to vanish] and trampled, that everyone will understand that the law will not only be enforced against lowly and weak servants, but rather that whoever commits the crimes and acts that are against the Islamic ordinances, even though [they wear] the spiritual robe, must be punished for their heinous acts.