Media
Denial of the right to university education
English
فارسی 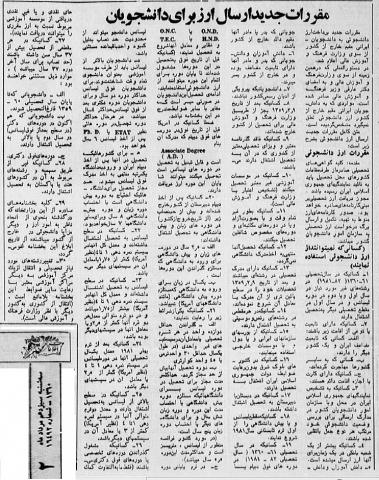 New regulations pertaining to the transfer of foreign currencies, with appropriate “academic [special] exchange rates” for Iranian students studying abroad, has been announced by the Ministry of Culture and Higher Education.

The full text of the new regulations for sending currencies pertaining to academic exchange rates is as follows:

Introduction: All educational certificates issued by the authorities in the countries in which students are studying must be approved by the representatives of the Islamic Republic of Iran.

Authorization for receiving currencies with academic exchange rates will be based on the issued certificate. Issuance of the certificates for such currencies is subject to the procurement, completion, and sending of the application form for student currencies, to the National Students Affairs Organization.

…7- Students who are not follower of one of the official religions of the country.

Letter of Defenders of the Human Rights Center to the President Rouhani: Do not let Baha’i students be deprived of education