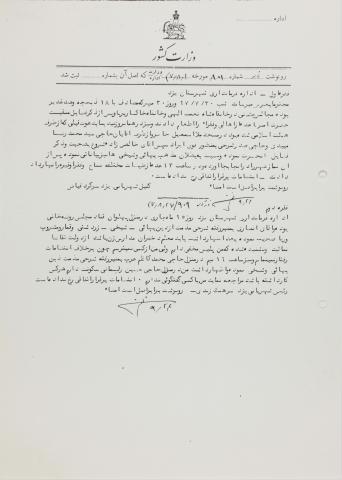 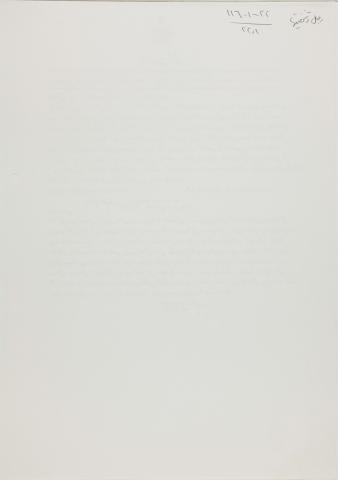 Copy of the letter

Cordially, I would bring to your attention that on the night of 30 Mehr 1327 [22 October 1948] and the day of 30 Mehr [22 October] which was coinciding with 18 Dhu’l-Hijja and Eid al-Ghadeer, some celebration gatherings were held in Khaniqah [Monastery] Shahnematollahi and Khaniqah [Monastery] Khaksar. After mention was made of the virtues and qualities of Imam Amir (peace be upon Him) a group of locals and poor people were fed. Also, on the same day of the celebration, according to the previous invitation of the Islamic Council, [I] was present in the mosque of Molla Ismail and Messrs. Haji Seyyed Mohammad-Reza Maybodi.  Haji Sadr gave a brief account regarding the above mentioned subject. Then Mr. Khalessizadeh started talking about the virtues of the Imam and the invalidity of the Baha’i religion and Shaykhis. Then they performed the noon prayer there, and at the thirteenth hour, fed lunch to people from various classes, including the weavers, the destitute and others.  The security was in place and there was no incident.

Copy is identical to original,

On 25 of the current month, in the house of Pahlavan Ghannad, a Rawzeh-khani was held and Mr. Ansari on the pulpit presented an account in deprecation of the Baha’i, Shaykhi and Zoroastrian religions, gambling, drinking alcohol and the money-lending business. Then he said, “Teachers in the girls’ schools should be women [female]. Therefore [you should] request it from the government. It is heard that I have the secret police [spying on me]. But I am not afraid of anyone, because I have never done anything against the security. At 4:30 p.m., he went to the pulpit at the house of Haji Mohammad Kazem Arab and preached in deprecation of the Baha’i religion and Shaykhis, and said, “I am living in the house of Haji Hosein Relmani; whoever needs me can come, I have no communication with anyone.  The security was in place and no incident occurred.

Head of the Police Force of Yazd, colonel Zandi